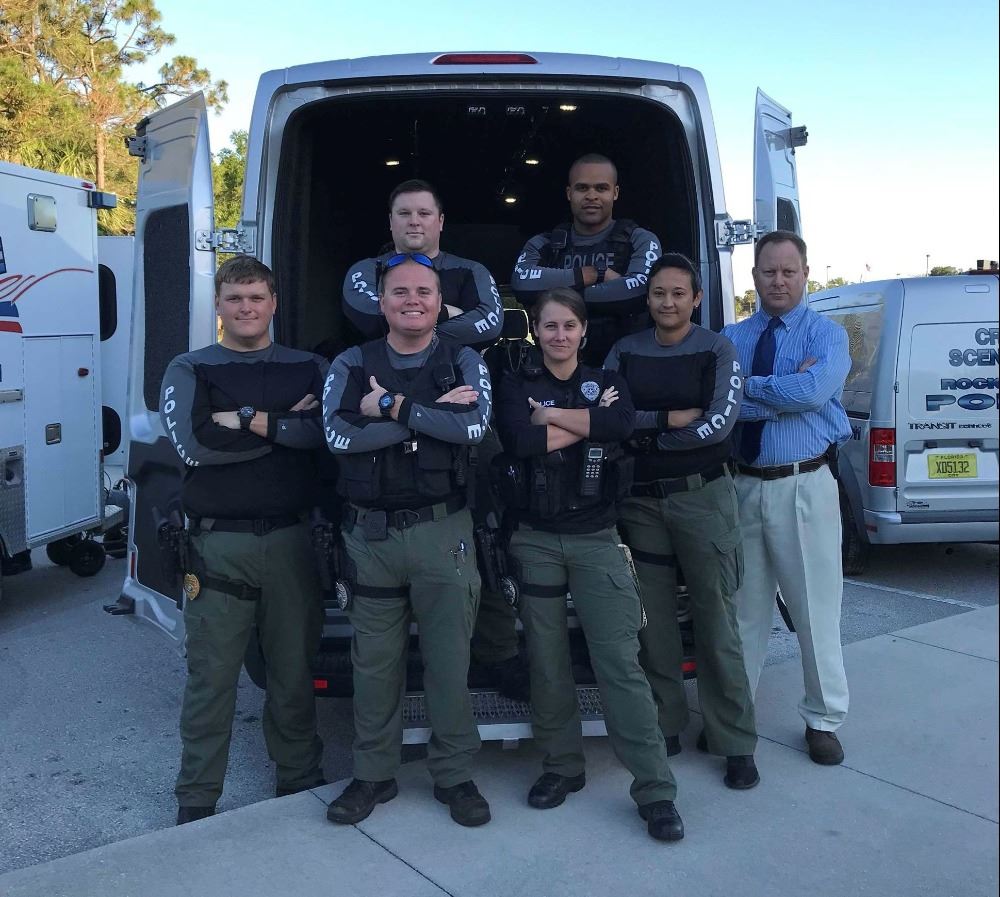 The Emergency Response Team is a specialized unit within the Rockledge Police Department comprised of 7 continually trained members. Since its implementation, the ERT Team’s goal is to provide for the safe execution of search warrants and hostage negotiation situations. The ERT Team provides a tactical response to barricaded subjects, active shooter incidents, terrorism and the handling of any critical incident which would require extensive tactical skills.

ERT provides the City of Rockledge with a self-sufficient tactical team, utilizing special skills and tools. In addition, the team has two additional officers assigned to them to utilize a robot that is an important tool for the team. The ERT Team conducts at least 16 hours of training per month. Many of the team members have obtained instructor certifications in a number of tactical areas, including TASER, gas munitions, less lethal munitions, defensive tactics, distraction devices and firearms. In turn, these certifications have allowed the Rockledge Police Department to conduct in-house training for all members of the department, avoiding any outside budgetary costs.

The ERT Team provides a valuable ongoing service to the City of Rockledge. Without it, tactical situations and crises would have to be resolved utilizing outside agencies, resulting in a less timely and less effective response.