The City Council is composed of the mayor and six Council members, who are elected by the voters of the City of Rockledge. Elections are at-large, with no districts or party affiliations. The city council seats are numbered for identification purposes only and do not indicate representation of any area or neighborhood.

Only registered voters residing in the City of Rockledge shall be eligible to hold the office of city council member or mayor.

The term of office of the mayor and each city council member is three years. 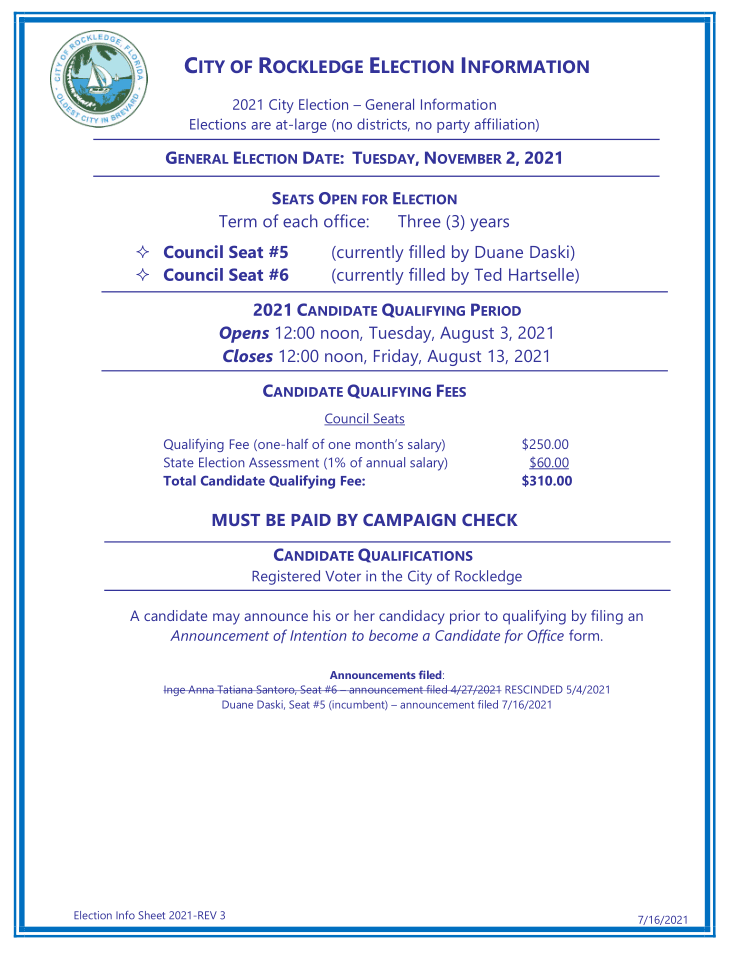